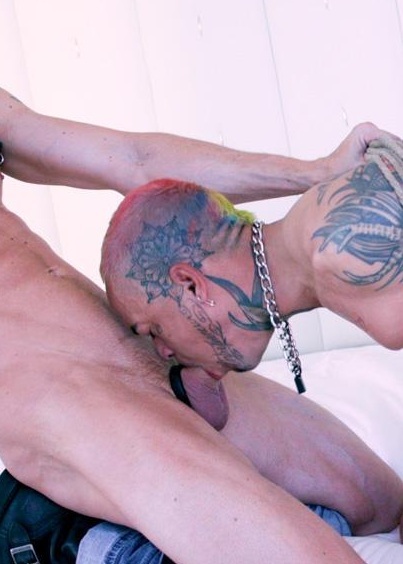 Johnny Ford has Badkid all to himself. He ties his hands behind his back with rope. He pulls down Badkid’s pants to get to his big hard throbbing cock. Johnny slaps his dick until Badkid begs for mercy. Johnny gets to his knees and sucks his cock just before tying it up with rope. Johnny throws him on the bed, slaps his ass, and buries his face in between Badkid’s ass cheeks. He licks his hole until its wet and ready for Johnny’s big dick. Johnny attaches handlebars to Badkid’s waist and fucks him deep, hard, and raw. He flips him over and Badkid spreads his legs all the way open, ready to get his ass fucked some more. Johnny fucks him so good that Badkid shoots his load while getting fucked and Johnny makes him eat it. After Johnny covers Badkid’s face in a huge creamy load, they go to the bathroom where Johnny can clean it off himself! 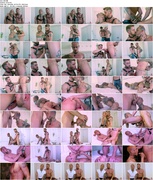 -22
24
Write a complaint
To favorites