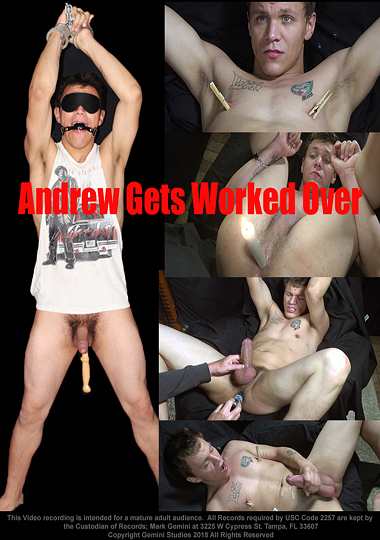 After a disclaimer where Andrew affirms that he is not under the influence of any drugs or alcohol and that he is doing this video knowing it’s a rough shoot and that he will be abused the video starts. Clad in a ripped tee and briefs the 21 year old straight thug is handcuffed with his arms over his head. A ball gag is in his mouth and a blindfold over his eyes. Thus immobilized and restrained he is felt all over by prying hands that get him hard and his erect cock is jerked and slapped. He is spun around so that his ass is visible and can be violated. He gets fingered roughly and an anal probe is shoved deep in his butt.